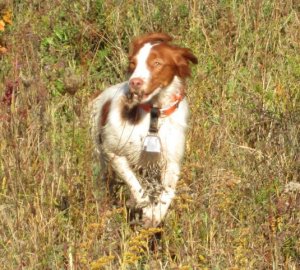 “Each of us owes God a death.” So I heard Gwynne Dyer proclaim in an episode of his television series War. Death is a reality; it comes for us all. When I was a small boy I did not understand the reality of death. I remember, I must have been three years old and seeing my grandmother with some old baby clothes and toys she said were my aunt Lonny’s. My impression in seeing this was to imagine that people must grow up, then grow back down to being babies again. I asked my mother if this was so and she corrected me, telling me no, people grow, then they grow old and die. She added that nobody wants to die, but everyone has to. I did not really understand what it meant to die and did not give it much thought until I was a little older, maybe five years old when I asked my mother and father “what happens when you die?” They told me “your spirit goes up,” presumably to heaven. I still did not understand and was a little frightened by the prospect, but decided that must be a long way off so I would not worry about it.

By the time I was in grade school I had a better appreciation of the reality of death. I understood that the meat we ate was from birds and animals that were slaughtered and butchered. I had seen dead animals at the side of the road and in the fields, ponds, woodlots I explored. I killed mosquitoes that landed on me and swatted flies in the house. I learned I had ancestors, great grandparents, great uncles and the like who were no longer alive. While it was sad to think about, it still was quite remote. The reality of death and loss finally hit home for me when I was eight years old and after coming home from school, excited because I had won a prize for my science fair project (a book about ships), my mother greeted me and my siblings with tears in her eyes and the news our pet Siamese cat Lisa had died. We all burst into tears. Lisa’s remains were in the garage. I remember going to see for myself, clinging to the hope it was not true, but there lay her lifeless body. I will never forget the glassy eyes. Whatever had animated Lisa was gone, forever. That night my father buried Lisa in the garden. I remember hearing from my bedroom window the sound of him digging with a spade. It took some time for me to accept the loss.

As I grew up I experienced the loss of friends and acquaintances through traffic and other accidental deaths. It served as a grim reminder of my own mortality. For a time, when I was a child, I was afraid to be around elderly people, fearing they would die in front of me. I had heard from friends and classmates who had been part of the bereavement process when family members had died and dreaded the day I would experience the death of my grandparents, making a point of telling my mother and father “I’m not going to their funeral!” Death was something I knew was a reality, but at an ontological level it frightened me. In another essay I discussed my passion for hunting and my development as a hunter. Notably, how hunting has become a spiritual experience for me and not killing for the sake of killing as it was when I first took to the field with an air rifle at twelve years old. I understand that we as humans are a link in a food chain. Death is all around us; it is part of living. I make the choice to kill wild birds and animals in a relation between predator and prey and experience triumph and sorrow when I make a kill.

People hold many varying beliefs about death, particularly what happens after death. The doctrine of the soul is basic to the three Abrahamic faiths: Judaism, Christianity and Islam. The belief that the soul survives after the body dies and faces divine judgement is common to all three. For the skeptic, in the absence of evidence, this is not true. The reality is death is extinction and oblivion. No one really knows what, if anything, awaits us after death. While I no longer fear death as I did when I was much younger, knowing I will die one day does trouble me at times. I remember as a student at Queen’s University taking a course in the sociology of religion. The professor teaching the course, a Quaker, gave us an assignment in which we were to sit in silence for thirty minutes each day for a month and write about what we experienced. Quakers sit in silence at their meeting houses and wait for divine inspiration. What I remember of this assignment was coming to ponder my mortality and hoping that when my time comes my death would be so quick that I would not have time to notice the passage from life to death.

While I like the idea of eternal life after death and find the notion that death is extinction and oblivion despairing, I really have no idea which it will be when I die. While I am no longer a practicing Christian, I have not embraced atheism. I find in Deism a reasonable perspective to make sense of the reality of death. I try not to dwell on this reality (particularly knowledge of my own mortality), but duly mourn when loved ones, both human and animal companions, die. My thoughts on death are neatly summed up in this quote by Thomas Paine (1737-1809), “I consider myself in the hands of my Creator, and that he will dispose of me after this life consistently with His justice and goodness. I leave all these matters to Him, as my Creator and friend, and I hold it to be presumption in man to make an article of faith as to what the Creator will do with us hereafter.” (as cited in Deism and Death)