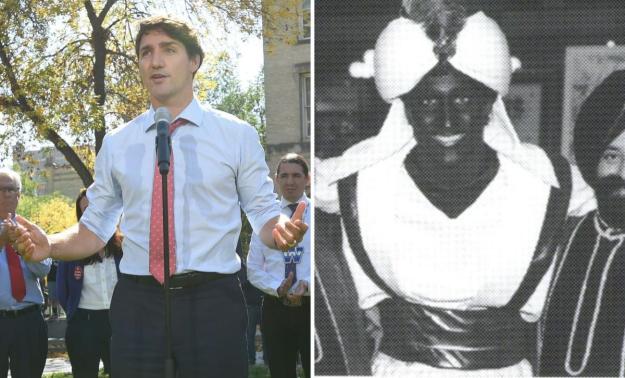 Today, anyone who challenges the Liberals on the identity politics the Liberals imposed is denounced as a racist, sexist, homophobic and told to “check their privilege.” Sure, critics of the Liberal government are dismissed as little more than Pure Laine and Old Stock bigots. The Liberals fell back on this strategy time and again in response to the fact that a majority of Canadians favour limiting immigration and oppose illegal immigration. As Darrell Bricker of Ipsos noted in a study published in January 2019:

Immigration is one of the top issues concerning citizens worldwide, and Canadians are not immune to some of the anti-immigrant sentiment that is held by many. For example, a majority (55%) agree (30% strongly/25% somewhat) that they would like to see tighter border controls that allow fewer immigrants into Canada. A similar proportion (54%) agrees (28% strongly/26% somewhat) that Canada is too welcoming to immigrants. (Canadians becoming more nervous about immigration)

In response to the concerns raised by Canadians over immigration, the Liberal Minister of Immigration Ahmed Hussen offered this apathetic response:

we used to have a political consensus on immigration, but what worries me is looking at the other side and seeing the leader of the official Opposition taking a stance that is rooted in  misinformation and conspiracy theories… basically spreading myths about immigration. (Majority of Canadians think immigration should be limited: poll)

I discussed on this blog in a previous essay how the Liberal government held out the apple of discord to Canadians in passing Motion M-103 Systemic racism and religious discrimination in Parliament on March 23, 2017. At the core of the motion is inserted a word open to question: Islamophobia. Yes, Prime Minister Trudeau pandered to the Muslim constituency in Canadian society. He did so in a way that is intended to condemn open discussion and criticism of the faith. The values of liberalism and pluralism are core to my identity as a Canadian. The Canadian Charter of Rights and Freedoms guarantees every individual in Canada freedom of conscience. Canadians are free to practice any faith they want or none at all. That said, it does not mean Canadians are obliged to approve of religious belief and practice. Religious belief and practice is fair game for open discussion, criticism and censure.

At the same time, Trudeau pandered to Muslim voters he promoted himself as a devout feminist. Trudeau stated as Liberal leader, “I have made it clear that future candidates need to be completely understanding that they will be expected to vote pro-choice on any bills.” (as cited in The bedroom and the Canadian State) Moreover, so much a devout feminist is Prime Minister Trudeau that he instituted an equity policy, ensuring that there is gender parity in his Cabinet. He justified this course of action asserting “because it’s 2015.” Unfortunately, Justin Trudeau, the feminist is inconsistent in practicing feminism; at least when it conflicts with Islamic orthodoxy. You may remember back in 2016 when the Prime Minister visited a mosque where the worshipers are segregated according to sex. Men and women attending prayers at the mosque have separate entrances, and the women are veiled and sequestered to the gallery that overlooks the area where the men pray. The three women Liberal MPs who accompanied the Prime Minister on his visit to the mosque were obliged to put on veils and enter with the Muslim women. Trudeau reconciled his faith in feminism with the segregation by sex at the mosque with this trite response: “diversity is a source of strength, not just a source of weakness, and as I look at this beautiful room — sisters upstairs — everyone here, (I see) the diversity we have just within this mosque, within the Islamic community, within the Muslim community in Canada.” (Feminist Trudeau under attack for attending gender-segregated event at Ottawa mosque)

While Justin Trudeau’s inconsistency raised eyebrows among Canadians who do not subscribe to the Liberal brand of identity politics; this did not bother the Trudeau Liberals. Following the doctrines of identity politics and political correctness, it is possible to practice feminism and accept the second-class status of women in religious communities that do not accept feminist ideology. Not only that, but it is required in the doctrines of identity politics that everyone paint a smile on their face and repeat the mantra, “diversity is a source of strength.” Failure to do so carries the threat of being branded a heretic. The consequences of failing to live up to the standards of political correctness dictated by the identity politics imposed by the Trudeau government can be frightful. That is unless it is the Prime Minister himself who falls short of these standards. It does not come as a surprise that the true believers in identity politics will forgive Justin Trudeau for his transgressions.

Sure the true believers in identity politics will overlook Justin Trudeau’s shortcomings. However, it is clear to the voters who value personal liberty, religious liberty (freedom of conscience), intellectual freedom, equality of opportunity and the pursuit of happiness that Justin Trudeau is finished as the leader of the Liberal Party of Canada. In his reign as Liberal leader and Prime Minister of Canada, he built up a house of cards based on identity politics. Now that it is clear that he cannot live up to the standard of political correctness he tried to impose on Canadians, his house of cards has collapsed. I can only hope that Canadians will vote to remove Justin Trudeau and his illiberal government from office when they go to the polls on October 21st. If Justin Trudeau has any integrity, he will step down as Liberal leader when the election is over, and a new federal government takes office.