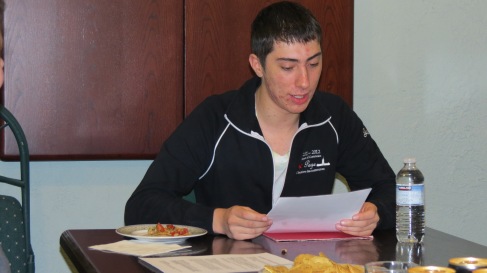 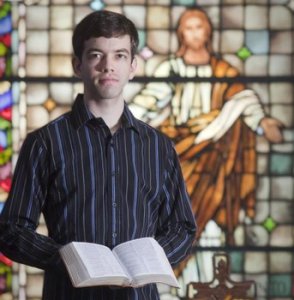 Recently, Mika and I attended a meeting of gay and lesbian Catholics. Several people of all ages were in attendance. We had a very interesting discussion and it was very nice meeting these people. Among those present was a young gay man, Jesse, who has faith in Christ and the Roman Catholic Church. Jesse, like so many gay people, just wants to find conjugal love and companionship with someone who happens to be the same sex. Jesse took the time to write a heartfelt letter to Pope Francis, explaining who he is, that he is gay, leading a very normal life, hoping to have married life with a man someday and asking for acceptance in the Church. He expressed some concern he might face excommunication for what he wrote, but we assured him this is not very likely. What he can realistically expect is a polite reply from the appropriate branch of the Vatican bureaucracy thanking him for his letter and reminding him that as Roman Catholic it is expected that he abstain from sex outside of marriage. That the Church does not accept same sex relationships at present leaves him in a bind.

In spite of the bind he in which he finds himself, Jesse is undaunted. He continues to practice his faith and found encouragement in the fact his family accepts him as a gay man. He related to us the story of coming out to his family, how he had prepared himself for the possibility they might reject him. He had packed a bag and found a place to stay before telling them, but happily, this proved unnecessary. In fact, he told us his mother was dismayed when she discovered he had made these preparations, that he would entertain the idea his family would reject him for being gay. He told us he intends to submit an application to attend the 2013 Conference of the Reformation Project. The Reformation Project is a movement started by a young gay man, Matthew Vines, seeking to effect a change in Church teaching in the Protestant world on homosexuality. Fifty people will be selected from those who apply to attend the conference. We are hopeful Jesse is accepted as one of the attendees as having a young Catholic taking part in what is essentially an initiative aimed at Protestant Churches is in keeping with the spirit of ecumenism expressed by Pope Francis.

Currently, across the Protestant world, there are several denominations that are accepting of homosexuality, such as the Metropolitan Community Church, the Episcopal Church, the United Church of Canada and a sectarian movement from the Mormon Church, Affirmation: Gay and Lesbian Mormons. Still, the fact remains that homosexuality is not accepted in many Protestant Churches, openly condemned and not tolerated. In Roman Catholicism, Church teaching is clear:

Homosexuality refers to relations between men or between women who experience an exclusive or predominant sexual attraction toward persons of the same sex. It has taken a great variety of forms through the centuries and in different cultures. Its psychological genesis remains largely unexplained. Basing itself on Sacred Scripture, which presents homosexual acts as acts of grave depravity, tradition has always declared that “homosexual acts are intrinsically disordered.” They are contrary to the natural law. They close the sexual act to the gift of life. They do not proceed from a genuine affective and sexual complementarity. Under no circumstances can they be approved. (Catechism of the Roman Catholic Church)

While homosexuality is condemned in official Roman Catholic teachings, gay Catholics find comfort in the fact there is widespread disagreement among Catholics, both clergy and laity, with this teaching. Dignity, for example, is a Roman Catholic organization with chapters across the world that works for acceptance of gay people in the Church. I was accepted in the Roman Catholic Church as a young gay man at St. Thomas More Parish in Kingston, Ontario in the 1980s. You can view an account of my experience as a gay Catholic in my blog post Mass Appeal. In spite of official disapproval from the Vatican, Jesse can expect to find acceptance in the Roman Catholic Church as a gay man at a local level as I did. In much the same way Matthew Vines would find acceptance in some Protestant denominations, though there is, undoubtedly, also disagreement over the issue of homosexuality in the Protestant world. These young men are not satisfied with piecemeal understanding and tolerance of their sexual orientation as practicing Christians and are actively seeking to effect a change in the teachings of their respective Churches (Roman Catholic and Protestant).

While Mika and I are no longer practicing Christians, Mika was Lutheran growing up, we commend the efforts of Jesse, Matthew Vines and like-mined gay people who are standing up for themselves and their faith. Christianity is a major world religion and its influence is keenly felt among the faithful and those who either do not believe or have stopped believing. This is particularly so for gay people. We expect they will find the road ahead a hard one as they press their case for acceptance of gay people in Christendom, but as attitudes toward homosexuality are changing across the world, as evidenced by the increasing numbers of countries amending their laws to allow for same sex marriage and gay adoption, with widespread public approval, there is hope they will prevail.

Posted by Geoffrey and Mika

2 thoughts on “Scripture, Tradition and Reformation”