The quotation by Judy Rebick at the start of the Wikipedia article on lesbian feminism prompted me, in part, to discuss the detrimental effect of the infiltration of feminism on the gay rights movement. “According to Judy Rebick, a leading Canadian journalist and feminist activist, lesbians were and always have been “the heart of the women’s movement,” while their issues were “invisible” in the same movement.” (Cited in Wikipedia) Rebick is an American ex-pat who lives in Toronto. I could write at great length about her impropriety, but I digress. What I remember about Rebick is what she said in an interview in 1990 regarding feminism. She said, in short, that feminism was dominated and too focused on the interests of middle-class heterosexual white women. It needed to be more inclusive, broaden its scope to include lesbians and non-white women, and take up the cause of gay rights. When I heard that, I was aghast. “Whoa there, Medusa,” I thought, “stay in your own lane! No one asked for your help. Gay men are doing just fine in standing up for their civil rights.” END_OF_DOCUMENT_TOKEN_TO_BE_REPLACED

Like Loading...
Though I always knew I am gay, it was not until the spring of 1989 that I accepted the reality. It was after a weekend visit with my friend and confessor, Father Basil Zion, a Russian Orthodox priest on the faculty of Religious Studies at Queen’s University, my alma mater. It was Father Basil who convinced me I should be true to myself. With newfound confidence, I took my first tentative steps out of the closet. I did not declare my homosexuality to the world at large. I made my first visit to the GO Centre, the gay community centre in Ottawa at the time. I started reading the local gay newspaper. Things were off to a good start, but my confidence took a hit when I read an article in the newspaper on a murder trial in Texas that sent a chill down my spine. In December 1988, Richard Lee Bednarski, an 18-year-old college student, was convicted of the murder of two gay men, Tommy Lee Trimble, 34, and Lloyd Griffin, 27. Berdanski was sentenced to thirty years in prison for his crime. It looked as though justice was seen to be done at face value–even though his crime merited a life sentence. However, in handing down his judgement, District Judge Jack Hampton openly expressed his disdain for the victims as they were gay.
In Hampton’s view, the fact that the victims were gay made it a lesser degree of murder. That and their killer was a good boy, a college student with no criminal record–it was only his first murder after all. He reached his conclusion despite the evidence that “he (Bednarski) and a group of North Mesquite High School students drove to Dallas’ Oak Lawn area to harass homosexuals the night of May 15.” The motive for his crime was the harassment of gay men. (AP News) As Hampton mused following the trial,

The news report was a grim reminder that many still view gay men as predators who target adolescent boys for sex. As I said in previous posts, growing up gay, the onus on gay men my age was to prove to the broader society we are not perverts. Yes, the stigma of being a gay man lingered well into the 1980s. In fact, in 1980, when I served as a Reservist in the Canadian Army, I remember a fellow Reservist who spoke openly about going with friends to “roll the faggots” at Majors Hill Park in Ottawa. Also, in the spring and summer of 1989, several men were murdered in Ottawa. Their attackers killed them because they thought they were gay. At least one of the murdered men was not gay, not that it matters. The police investigated the murders, and charges were laid against the assailants who went to prison.
Looking back, I was not comfortable accepting my homosexuality as living with the stigma of being a gay man remained a heavy burden. Over time, however, through the hard work of brave gay individuals and the gay rights and human rights groups who supported them, gay men threw off the stigma. Life is good for gay men these days, but they should not forget their troubled history. As free and equal citizens, we must focus on our issues as gay men and not allow our movement to become diluted with causes, notably feminism and transgenderism, that have no bearing on our history and the present. As we exercise our right to life, liberty and the pursuit of happiness, certainly we can sympathize with those around us but not at the expense of our interest in the consolidation of the gains of the gay rights movement.
Posted by Geoffrey

The Liberal reign of error under the leadership of Justin Trudeau continues. On May 1st, the Liberal government announced a new round of prohibitions of 1500 makes and models of semi-automatic rifles via an Order-in-council. The decision to prohibit these rifles is arbitrary, and like every other policy, the Liberals imposed on Canadians are rooted in divisive identity politics. Justin Trudeau made no secret of his faith in feminism–repeatedly declaring since he became Prime Minister in 2015 with a majority in parliament. He proudly formed a gender-balanced Cabinet “because it is 2015.” He would like everyone to become feminists. Rest assured, Justin Trudeau is a true believer in feminist doctrine–or so he says. Unfortunately, the Trudeau government stumbled in its zeal to promote feminist causes when it passed Bill-C-16 into law. Bill C-16 An Act to amend the Canadian Human Rights Act and the Criminal Code, added gender identity and gender expression to the list of prohibited grounds of discrimination. Bill C-16 was passed into law by the Parliament of Canada in 2016. END_OF_DOCUMENT_TOKEN_TO_BE_REPLACED 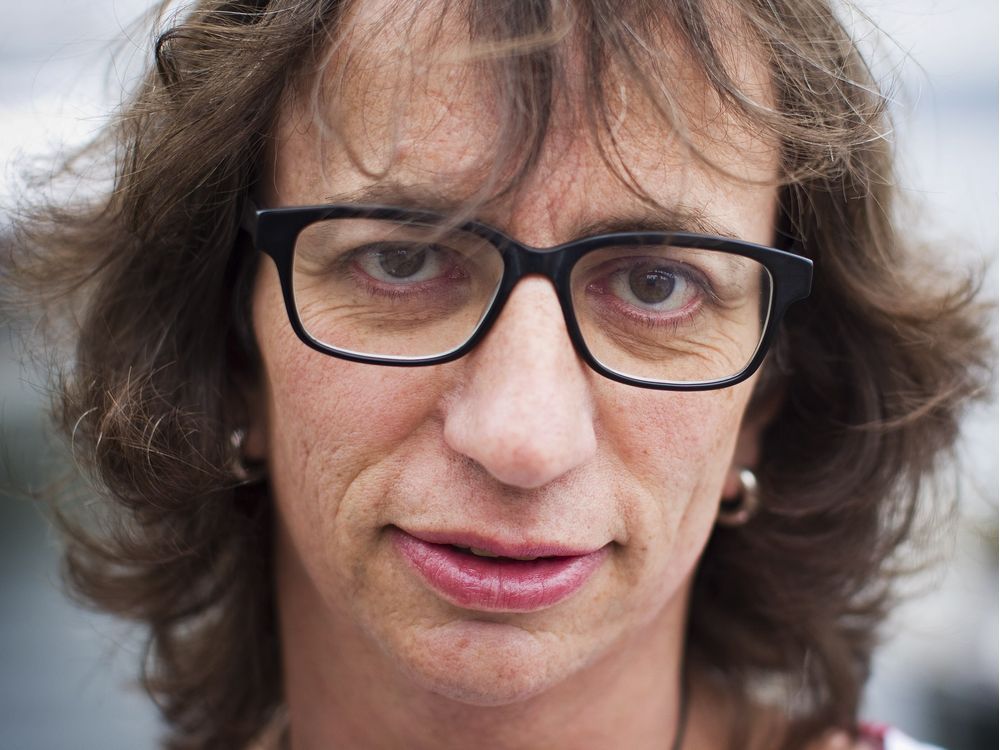 I remember an incident from many years ago that took place as I stood in line at a fish market. I stopped by the fish market to buy some fish, sole if I remember, for my supper. As I stood in the line, an older woman walked up and tried to cut into the line. She said to the woman standing behind me that she had left the line to quickly pick up an item she forgot–that she intended to take her place back in the queue. The woman turned to me, the one who wanted to cut into the line and said, “tell her.” I said nothing as I stood there quietly, waiting to pay for the sole. I thought to myself, “leave me out of this–the dispute is between you and the other woman.” What made recall this memory is the growing controversy over transgender rights. A recent development in the debate is the emergence of a movement and groups of activists called the LGB Alliance. The LGB Alliance is a response to the ascendency of the transgender rights movement. The LGB Alliance, purportedly, is an initiative of gay, lesbian and bisexual rights activists who want to separate the movement from the transgender rights movement. I welcomed this development–the gay rights movement breaking off from the transgender movement as transgenderism has nothing to do with being gay. However, it quickly dawned on me that just as the transgender movement has nothing to do with being gay, neither does the LGB Alliance concern itself with the interests of gay men. END_OF_DOCUMENT_TOKEN_TO_BE_REPLACED 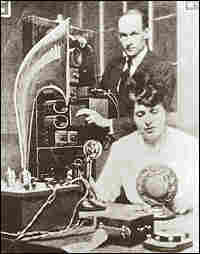 There’s no business like show business, least of all in the United States. Americans love celebrity, flamboyance, sensationalism and showmanship whether it is in the entertainment industry, politics, business, journalism or religion. I am reminded of this in looking at the careers of  Aimee Semple McPherson and Anita Sarkeesian, two women from Canada, who found fame and fortune in the United States by means of shameless self-promotion, partnership with men endowed with shrewd business acumen, and through a masterful use of electronic media to broadcast their simplified and sensationalized messages to a wide and receptive audience. How they differ is that Aimee Semple McPherson found fame as a prominent Pentecostal evangelist in the first half of the 20th century; whereas, Anita Sarkeesian thrives in the present, promoting herself as a “pop culture critic.” Sarkeesian’s message is aimed at people who subscribe to the temporal ideologies of feminism and social justice. Despite these differences, if you look closely at the career of Aimee Semple McPherson and compare it to that of Anita Sarkeesian you will notice there are striking similarities, particularly as to the question of the character of both Aimee Semple McPherson and Anita Sarkeesian. END_OF_DOCUMENT_TOKEN_TO_BE_REPLACED

The introduction into the academic world of the notion that culture in paleolithic Europe was matristic or goddess centred came in 1974 with the publication of The Goddesses and Gods of Old Europe by Marija Gimbutas, a Lithuanian archaeologist. The gist of her argument is that Neolithic cultures across Europe were woman-centred, peaceful, free of homophobia and egalitarian. These inferences were greeted with skepticism from her peers and that probably would have been the end of the story except her arguments were taken up and made popular by Riane Eisler in her publication The Chalice and The Blade: Our History, Our Future, 1987. Following the publication of The Chalice and The Blade various forms of goddess worship and spirituality emerged. With this came a yearning for a return to what is believed was the culture of Paleolithic Europe before the ‘Fall.’

In publishing Sanctifying Misandry: Goddess Ideology and the Fall of Man Katherine K. Young, Professor of Religious Studies at McGill University and Paul Nathanson, Researcher of Religious Studies at McGill University, offer a critique of versions of this modern goddess religion they view as antithetical to equality between the sexes and actively promoting misandry, hatred of men in popular culture.

Posted by Geoffrey and Mika