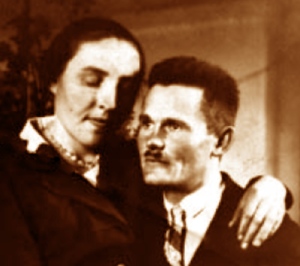 Martyrdom is a concept with which I have been familiar since I was very young. From my Roman Catholic background growing up I remember reading accounts of the lives of saints, many of whom were martyred in the most grisly fashions imaginable. In the summer of 1969 my family, myself, my three siblings, our mother and father and my mother’s parents toured Europe, traveling in a Volkswagen van. Among the sights we saw were a number of art galleries where I viewed a great many works of art depicting the martyrdom of various saints. The martyrdom of Saint Sebastian is one of the more memorable depictions I recall, but it was the depiction of one event in particular from the Bible that really made an impression on me: that of the Massacre of the Innocents. From the first time I heard that story read to me I was troubled by it. I struggled to understand why God would allow such an atrocity. In one version of the story, written for children, I remember reading that we should find solace  in that the mothers of the slain baby boys would have found comfort had they known their murdered sons were the first Christian martyrs. This raised a question for me I have pondered over the years: can children be martyrs?

From the perspective of Christianity martyrdom, as I understand it, refers to one “who was killed for maintaining a religious belief, knowing that this will almost certainly result in imminent death (though without intentionally seeking death).” (Wikipedia) A very lengthy list of children and adolescents beatified and venerated as saints and martyrs by the Roman Catholic Church includes the names of children who died along with their parents who maintained their Christian faith, knowing in doing so they risked death. One particularly poignant and horrifying example is that of Józef and Wiktoria Ulma and their six children: Stanisława, age 8, Barbara, age 7, Władysław, age 6, Franciszek, age 4, Antoni, age 3 and Maria, age 2. Wiktoria Ulma was pregnant with their seventh child at the time of her death. The Ulmas were a Catholic family living in the village of Markowa, Poland during the Nazi occupation. Witnessing the deportation of Jewish neighbours, the Ulmas hid eight of their neighbours, the Szall (Szali) family from Łańcut including the father, mother and four sons, as well as the two daughters of a man named Chaim Goldman, Golda and Layka.

The Ulma family and the Jewish neighbours they harboured were betrayed and captured by the Nazis on March 24, 1944. The neighbours were summarily executed before villagers were made to watch the execution of Józef and Wiktoria in front of their children. According to witnesses three or four of the Ulma children were shot also. This was the penalty meted out by the Nazis to anyone who dared hide Jews in occupied Poland. The Ulmas must have known this, but remained true to their faith and died trying to save Jewish neighbours who faced certain death at the hands of the Nazis. It may be they thought their children would be spared if they were caught, otherwise, would they have undertaken such a risk. The Ulma family’s sacrifice is commemorated in Poland and in Israel. A monument to the memory of the Ulma family stands in the village of Markowa. The inscription reads: “Saving the lives of others they laid down their own lives. Hiding eight elder brothers in faith, they were killed with them. May their sacrifice be a call for respect and love to every human being! They were the sons and daughters of this land; they will remain in our hearts.” The martyred Ulma family were posthumously awarded the titles of Righteous Among the Nations by Yad Vashem in 1995.

Józef and Wiktoria Ulma accepted the risk and suffered martyrdom in remaining true to their faith; they were able to make the choice for themselves, but what of their children? As in the case of the story of the Massacre of the Innocents, the murdered children were not in a position to appreciate the events going on around them or the stakes involved. Is it right for parents to put the lives of their children at risk for the sake of their faith? The reason I pose this question is in learning of the Iranian government’s use of children in suicide missions during the Iran-Iraq War. Following the Iranian revolution in 1979, the leader of the new Islamist regime, Ayatollah Ruhollah Khomeini, established the Basij, a paramilitary group backed by revolutionary guards, which was intended to recruit men and women between the ages of 18 and 45. In practice, during the Iran-Iraq War, children were employed in the Basij, used among other things to clear minefields by walking through them and detonating the mines, dying in the process. This was considered martyrdom by the mullahs who had recruited them. The story of one of these child martyrs, Mohammad Hossein Fahmideh, is publicly commemorated in Iranian society and held as an inspiration to others to follow. He is said to have died in battle, having thrown himself under an Iraqi tank with a hand grenade, blowing himself up and disabling the tank in the process.

What happened to Józef and Wiktoria Ulma and their children at the hands of the Nazis is heart rending and something I find troubling. On one hand I admire them for their courage and strength of character in trying to save their Jewish neighbours, but on the other hand find myself wondering was it right that in doing so this cost them not only their own lives, but those of some of their children. Never having found myself in their position I cannot say for certain what I would have done were it me confronted with the decision to either offer shelter to neighbours facing certain death or to abandon them to their fate. I think their sacrifice is worthy of commemoration and while I am troubled by the consequences the children suffered as a result of the decision of their parents, in the end I cannot condemn Józef and Wiktoria Ulma. Their murdered children should be remembered, but as innocent victims caught up in events beyond their control. What happened to the Ulma family and their Jewish neighbours was a crime against humanity, something that humanity must strive to keep from ever happening again.

As for the Ayatollah Khomeini, the Basij and the grooming of children for martyrdom in sending them into battle to face certain death, I have no qualms whatsoever in condemning this as anathema. Children cannot be martyrs. They are dependent on their parents and mentors for their well-being and while they may be caught up in events beyond their control, as was the case of the Ulma family, using children in warfare and trying to justify it using a twisted understanding one’s faith is universally wrong and to be condemned. I hope one day those in the Iranian regime responsible for these crimes will be brought to justice and the children who died in their futile cause will be afforded a more fitting commemoration.