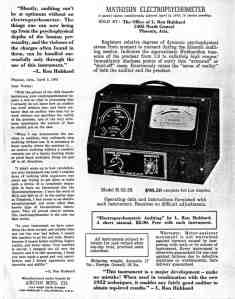 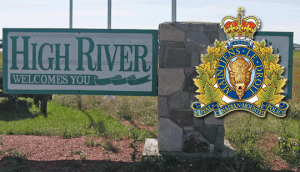 The following comment was posted as a response to my recent post on the current state of firearms laws in Canada.

I think male homosexuality repellent, and therefore do not follow those issues closely. Because I am a genuine (which is to say, 19th century, tolerant, John-Stuart-Mill-type liberal) I believe that things which are none of my business are, you know, none of my business: You do not need, nor would receive, my approval, much less “celebration” for whatever passes for your lifestyle choice. But whatever consenting adults want to do that does not harm or threaten others is NONE OF MY BUSINESS. It is most certainly none of government’s business, and I believed that, and supported homosexual rights, from the times when homosexuality was an imprisonable felony in Canada.
I am heartened to see therefore, that with your lifestyle, you account responsible arms ownership on the list of things that are None Of Government’s Business.
When the government wants to prosecute those who harm or threaten others, they have my entire support. When they want to persecute those whose lifestyle choices are contrary to contemporary fashion, the resistance, subversion, and defiance are called for.

The man who left this comment and I make for strange bedfellows indeed. I am reminded in receiving comments like this that I am a member of a reviled minority in being both an openly gay man and gun owner. While being gay is no longer a crime in Canadian law, and gay people now have full civil rights, Canadian gun owners are currently subject to punitive legislation in the Criminal Code of Canada and very recently the target of heavy handed action from the Royal Canadian Mounted Police (RCMP). This raises the question of what does and does not belong in the Criminal Code of Canada and with what it is that the RCMP should concern itself?

As it happens, the RCMP has a history of taking heavy-handed action against members of reviled minorities who were subject to punitive legislation in the Criminal Code of Canada. Before the passage of the Criminal Law Amendment Act, 1968-69 (S.C. 1968-69, c. 38) in 1969, homosexuality was a crime in Canadian law and gay men were considered criminal sexual psychopaths and dangerous sexual offenders who could be sentenced to indeterminate prison sentences if convicted of gross indecency. Opposition to the passage of this legislation, Bill C-150 was introduced in 1967 and received the 3rd reading in 1969, from religious interests such as the Fellowship of Evangelical Baptist Churches in Canada and anti-communist interests such as the Edmund Burke Society was vehement, but the bill was passed. In the decades before the passage of Bill C-150, particularly during the 1950s and 1960s, the RCMP mounted a determined effort to root out homosexuals in the military, police and public service and see to the termination of their employment. This was considered necessary as a matter of national security. It was believed at the time that homosexuals, in addition to being criminal sexual psychopaths and dangerous sexual offenders were weak and susceptible to blackmail by agents from the Eastern Bloc. Security Service subsection A-3 was formed to carry out this task.

That the RCMP relied on this quackery in its drive to root out homosexuals is laughable in the present, but illustrates the lengths the Canadian government and its agents will go in persecuting members of a reviled minority who, in the popular prejudices of the public, are deemed a danger to society. There are still elements of Canadian society who dislike gay people, but, as was noted in the opening paragraph, being gay is no longer a crime in Canadian law, and gay people now have full civil rights. Neither are gay people deemed a threat to national security and the target of the RCMP any longer.

Interestingly, the Criminal Law Amendment Act, 1968-69 (S.C. 1968-69, c. 38), was an omnibus bill which effected many changes in Canadian criminal law. Among those changes was the introduction of the familiar classification system for firearms (non restricted, restricted and prohibited). Just as the passage of this legislation took homosexuality out of the Criminal Code of Canada, it was the first step in a series of amendments to the Criminal Code of Canada which have caused Canadian gun owners to become a reviled minority and a target of the RCMP.

National security was threatened by gay people serving in the military, police and public service, it was held. Gay people were once viewed as criminal sexual psychopaths and dangerous sexual offenders. Suspicion and revulsion of gay people continued years after homosexuality was decriminalized. Public attitudes changed over time, and gay people participate fully and openly in Canadian society in the present. Since 1969, with the passage of Criminal Law Amendment Act, 1968-69 (S.C. 1968-69, c. 38) it is Canadian gun owners who became a reviled minority, viewed with suspicion and revulsion and deemed a threat to public safety. Amendments to the Criminal Code of Canada, Bill C-17 in 1991 and Bill C-68 in 1995, culminated in the Canadian Firearms Act. The Canadian Firearms Act created the Canadian Firearms Program which has been administered by the RCMP since 2006. The Canadian Firearms Program saddled Canadian gun owners with the onerous firearms licensing system that is currently in place and the provisions of Bill C-17 and allows for the reclassification of firearms, through Order in Council (OIC), entirely at the discretion of the RCMP.

In recent history, the RCMP showed a high degree of zeal taking action against Canadian gun owners. In June 2013, residents of the town of High River, Alberta were forced to leave their homes because of flooding. In their absence, the RCMP and military secured the town and carried out searches for victims and survivors of the flooding. In the process, the RCMP saw fit to break and enter into 1900 of the 3500 evacuated homes, including some not affected by the flooding, and seize 539 firearms. In doing so, the RCMP maintained it was “only ensuring the safety/security of the population.” (as cited in Sun News) Residents of High River were not happy that their homes had been broken into and searched by the RCMP for firearms rather than victims and survivors. This action drew a rebuke from the Prime Minister’s Office delivered by Andrew MacDougall, Prime Minister Harper’s director of communications: “This natural disaster was a highly unusual incident. “If any firearms were taken, we expect they will be returned to their owners as soon as possible. We believe the RCMP should focus on more important tasks such as protecting lives and private property.” Most of the seized firearms were duly returned to their owners.

In March 2014, the RCMP struck again taking heavy-handed action against Canadian gun owners with the recent release of revised regulations concerning the Firearms Reference Table (FRT), maintained by the Royal Canadian Mounted Police (RCMP), through Order in Council. In the revised FRT the Swiss Arms and the CZ858 rifles are now classed as prohibited, despite having been lawful to own in Canada since 2001 and 2007 respectively. The Minister of Public Safety, Steven Blaney, has followed through with his promise to grant an amnesty to the owners of the newly prohibited rifles. However, the amnesty is really nothing more than a stay of execution; the rifles remain classed as prohibited and rendered virtually worthless to their owners. Under the terms of the amnesty, owners are allowed to keep their prohibited rifles locked up at home and only allowed to transport them for donation to a museum, sale to a business licensed to purchase them or for surrender to the RCMP.

To his credit, however, the Minister of Public Safety issued a statement in which he concludes “our Government is committed to building on the amnesty that has been introduced to protect law-abiding gun owners from criminal sanction until a permanent fix is in place. It is our intention to bring forward measures in the coming weeks to protect all law-abiding firearms owners from these types of retroactive and unpredictable decisions.” (Statement from Minister Blaney) This is undoubtedly welcome news to Canadian gun owners, myself included. Canadian gun owners remain a reviled minority in Canadian society because of public prejudice against gun ownership, subject to punitive legislation in the Criminal Code of Canada and heavy-handed action on the part of the RCMP ostensibly in the interest of public safety. It remains to be seen how the Harper government will proceed, if at all, in relaxing the plethora of laws and regulations in the Criminal Code of Canada imposed on Canadian gun owners in the present. I remain optimistic that reason and common sense will triumph over widespread prejudice in this regard, though the fight may go on for some time to come and Canadian gun owners will have to continue to stand together in asserting their right to go about their safe and lawful lifestyle choices of hunting, shooting and gun collecting in peace.

2 thoughts on “The bedfellows politics made are never strange. It only seems that way to those who have not watched the courtship. — Marcel Achard”