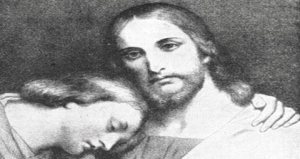 I am not a sports fan, least of all a football fan, so I really was not paying much attention to the NFL draft, and it only caught my attention when one of the college football players, Michael Sam, was recently drafted, being the 249th pick in the seventh round by the St. Louis Rams. What is newsworthy about the drafting of Michael Sam by the St. Louis Rams, is that Michael Sam is openly gay. He came out well before the NFL draft, so it was no secret that he is gay. ESPN (Entertainment and Sports Programming Network) had a camera crew on hand with Michael Sam during the draft and caught on camera his reaction upon receiving the telephone call that he had been selected by the St. Louis Rams. He shared a kiss with his boyfriend, Vito Cammisano, in celebration which is part of the news report broadcast by ESPN. The drafting of an openly gay football player and the public kiss he shared with his boyfriend generated a range of reactions, including the familiar religious condemnation of same-sex attraction.

I happened upon a thread on a Facebook page in which the topic of same-sex attraction came up concerning Michael Sam, an openly gay football player, being selected by the St. Louis Rams in the NFL draft and especially the scene broadcast by ESPN of Michael Sam kissing his boyfriend, Vito Cammisano. The publisher of the Facebook page, a page on duck hunting, noted he had lost friends on Facebook for having expressed his objection to same-sex attraction both on religious grounds and, as he asserted, that same-sex attraction goes against science. He also took issue with the accusation that he is a bigot and homophobe. He cited in his defence his right to speak his mind, a right guaranteed by the 1st Amendment to the US Constitution. I posted a comment expressing my support for the right to speak one’s mind and the importance of being true to oneself. Yes, I support the right to freedom of thought and freedom of expression, but I accept that speaking freely is not without consequences. Just as you are free to speak your mind, those around you are free to challenge and comment on what you say.

Several people joined the discussion on this thread. Among the comments posted were a few people who saw fit to discuss their faith in Christianity and share their opinion on same-sex attraction. I caught the attention of one of these people, a man named Craig, who seemed impressed by my knowledge of Christianity and that I can find something positive to say about it, though I am no longer practicing the faith. I am convinced he reached out to me in earnest out of concern for the welfare of my soul. He cited the account from the Gospel of John (7:53-8:11), that of Jesus and the woman caught in adultery, in his effort to persuade me that I can be forgiven for having same-sex attraction and can get on with my life free from it, that is go and sin no more. I countered his argument pointing to the fact that the account demonstrates that justice is tempered by mercy, that this is essentially what Christianity is about. I added that adultery is wrong as it is a betrayal of one’s spouse, and I do not condone it any more than Jesus. Our exchange of comments was brief. Craig respectfully withdrew from the discussion when he realized I was not going to accept his argument.

I am sure he must have found it hard to understand that I do not share his belief that the Bible is the inspired word of God, that same-sex attraction is not only sinful but a disorder and comparable to drug or alcohol addiction. I pointed out that Jesus never made mention of same-sex attraction, at least there is no mention of it in the Gospels, so it is likely it was not a concern. I have no doubt it must be difficult for Craig and people who believe as he does when they are confronted with the fact he that though they believe same-sex attraction is sinful, this is irrelevant to anyone who does not subscribe to his beliefs. Just as it is unlikely that Craig will ever convince me to accept his views concerning same-sex attraction, I realize it is unlikely there is anything I can do to convince him that same-sex attraction is as usual for me as opposite-sex attraction is to him. While it is true, as the American Psychological Association (APA) notes, “there is no consensus among scientists about the exact reasons that an individual develops a heterosexual, bisexual, gay, or lesbian orientation” the APA adds “both heterosexual behavior and homosexual behavior are normal aspects of human sexuality.” (Answers to Your Questions For a Better Understanding of Sexual Orientation & Homosexuality)

I do my best to understand the point of view regarding same-sex attraction held by people who believe as Craig does, but the best we can hope for is to agree to disagree. What sets us apart is I insist on using my God-given ability to reason in considering religious belief, Christianity in particular, in forming my opinion on its supposed condemnation of same-sex attraction. Craig, and those who believe as he does insist on forgoing the use of their God-given ability to reason in ignoring evidence that refutes their beliefs concerning the condemnation of same-sex attraction as sinful. Given this reality, it comes as no surprise that as an openly gay man has just been selected in the NFL draft to play for the St. Louis Rams football team, this has not gone over well with people who condemn same-sex attraction on religious grounds. As I understand it, however, Michael Sam was selected by the St. Louis Rams based on his ability and record as a player in college football. The fact he is openly gay is incidental. The fact he is the first openly gay man to play professional football will continue to generate interest in the media for some time, but hopefully, it is his prowess as a football player that will be of more interest to football fans (religious or otherwise) than in who he is dating.

1 thought on “I do not feel obliged to believe that same God who endowed us with sense, reason, and intellect had intended for us to forgo their use. — Galileo Galilei”