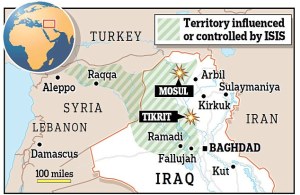 Imam  Syed Soharwardy is a respected Muslim cleric and scholar, chairman of the Al-Madinah Calgary Islamic Assembly and founder and president of the Islamic Supreme Council of Canada. His research interests in Islam consist of “Islamic beliefs, challenges for Muslims in the western world, conflicts within the Muslim community and interreligious conflict.” (Wikipedia) On August 22, 2014, Soharwardy drew attention to himself in announcing he was embarking on a 48 hour fast to protest the murder of James Foley, an American journalist, by the Islamic State of Iraq and Syria (ISIS) earlier in the week. In condemning the killing of James Foley, Soharwardy also made a bold statement declaring there is nothing Islamic in what ISIS represents, asserting:

I want to create awareness about the nature of their work — they are using Islam, they are quoting Qur’an, they look like Muslims, they pray like Muslims but they are not Muslim. They are deviant people, and they are doing exactly everything which goes against Islam. (CBC News Calgary)

In making this assertion, Soharwardy raises an interesting question. Do the actions of ISIS have nothing to do with Islam? Before continuing this discussion, it is essential to note that Soharwardy is viewed as a controversial figure in Canadian society in that he filed a complaint with the Alberta Human Rights Commission when caricatures of the Prophet Muhammad, published in a Danish newspaper Jyllands-Posten in 2005, were reprinted in the Western Standard in 2006. However, the complaint was dropped in 2008 when Soharwardy conceded:

I understand that most Canadians see this as an issue of freedom of speech, that that principle is sacred and holy in our society. I believe Canadian society is mature enough not to absorb the messages that the cartoons sent. Only a very small fraction of Canadian media decided to publish those cartoons. (National Post)

As to the question of whether or not what ISIS is doing has nothing to do with Islam, it is worth recalling that Islam is one of the three Abrahamic faiths that include Christianity and Judaism. One thing common to these three faiths is the controversy that rages among the respective followers of Judaism, Christianity and Islam as to the correct interpretation of the sacred scriptures and the traditions, particular to each of these three faiths. The Catholic-Protestant divide is most notable in Christianity. There are various sects in Judaism, defined by varying degrees of orthodoxy and In Islam, the Sunni Shia divide is the most prominent. History shows that differences of opinion concerning the interpretation of sacred scriptures and traditions can lead to internecine conflict between opposing sects in each of these three faiths. Internecine conflict (often in the form of open warfare, massacres and pogroms) arises when opposing factions in any of the particular faiths claim theirs is the “correct” interpretation and then go on to declare their opponents apostates, heretics and enemies of the order of society as God has so ordained.

ISIS was formed in April 2013 and is an offshoot of the Muslim Brotherhood. In keeping with the goal of the Muslim Brotherhood, ISIS was formed with the aim of restoring the caliphate. ISIS is led by Abu Bakr al-Baghdadi, a Sunni Muslim who fought against U.S. forces during the invasion of Iraq in 2003. He was captured and detained by U.S. forces in 2006 and upon his release took up rebel activity anew. ISIS has attracted many recruits willing to fight for the restoration of the caliphate. The Syrian Observatory for Human Rights states, “more than 6,000 men joined Isis[sic] in July [2014]. Most were from Syria, but they include 1,200 foreign fighters.” (Guardian) ISIS succeeded in capturing territory in eastern Syria and northern Iraq ISIS in exploiting the internecine conflict between Sunni and Shia Muslims in Iraq. ISIS is supported by Sunni Muslims in Saudi Arabia and the Gulf States who subscribe to Salafism. As Rex Brynen, a political science professor at McGill University, notes, “A large part of their financing comes from Saudi Arabia and Qatar, but it’s not from official institutions, but from private wealthy people.” (Isis: 5 things to know about the Iraqi jihadist group) The Oxford Dictionary defines  a Salafist as follows:

A member of a strictly orthodox Sunni Muslim sect advocating a return to the early Islam of the Koran and Sunna. (Oxford Dictionary)

In keeping with this definition, ISIS spokesman Shaykh Muhammad Adnani said that the group “has not prevailed by numbers, nor equipment, nor weapons, nor wealth, rather it prevails by Allah’s bounty alone, through its creed.” (Isis: 5 things to know about the Iraqi jihadist group) On the 29th of June, 2014, ISIS declared a caliphate consisting of the territory it captured in eastern Syria and northern Iraq with Abu Bakr al-Baghdadi appointed as caliph. The caliphate encompasses regions of Iraq and Syria with a Sunni-majority. In keeping with the Salafist doctrine to which ISIS subscribes, Shia Muslims–reviled as apostates–are massacred brazenly. A news report filed by Bob Garver of The Fiscal Times on August 25, 2014, describes the desperate situation for Shia Muslims in the caliphate:

The more than 17,000 people living in the town of Amerli in Western Iraq are under siege and dozens have already died of hunger, dehydration and disease. They are Shia Muslims and members of the Turkmen ethnic group, which makes up a small minority of the country’s population. Their Shia faith makes them apostates in the eyes of ISIS fighters, who have reportedly put hundreds or more non-Sunni Muslims to death because of their religion. (The Fiscal Times)

The internecine conflict between the Sunni and Shia Muslims in the portions of Iraq and Syria held by ISIS, and the ensuing carnage we are witnessing is no different than the internecine conflict that took place between Christians in Europe centuries ago. Differences of opinion concerning the theology of Scripture and Tradition caused a deep rift in Christendom, leading to centuries of internecine conflict between Christians, Catholic and Protestant. The Thirty Years War (1618-1648) was the nastiest manifestation of this conflict that resulted in widespread carnage, destruction of property and witch hunts. Just as differences of opinion among European Christians were the catalyst for the Thirty Years War, it is a quarrel over the “correct” interpretation of Islam that is behind the carnage perpetrated by ISIS against the Shia minority they revile. No doubt the savagery unleashed by ISIS against the Shia minority and the killing of James Foley is distressing to Soharwardy and the hundreds of millions of Sunni Muslims across the world who do not subscribe to Salafism. However, the fact remains it is a conflict between Muslims over what ISIS decided is the “correct” interpretation of Islam that is playing out in the newly declared caliphate. Therefore, Soharwardy is mistaken in asserting that ISIS and what it is doing has nothing to do with Islam.

3 thoughts on “True Islam taught me that it takes all of the religious, political, economic, psychological, and racial ingredients, or characteristics, to make the Human Family and the Human Society complete. — Malcolm X”