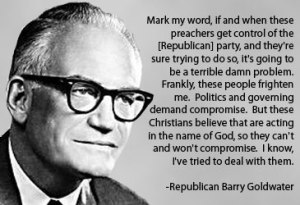 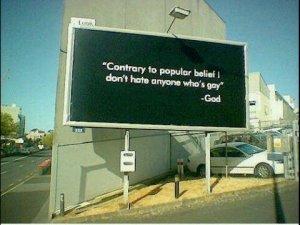 In a previously published essay, I discussed the life and career of Barry Goldwater, the Republican Senator from Arizona and his support of gays serving in the US military. Beyond this, he was in favour of gay rights in all of US society. This support was based on his conviction that there be a strict separation between religion and state. Goldwater’s position on gay rights and the separation of religion and state put him at odds with many conservatives, particularly the religious constituency known as the Christian right that supports the GOP and various socially conservative causes in the United States. The Christian right is composed primarily of the Moral Majority, renamed Moral Majority Coalition in 2004, the Christian Coalition of America, Focus on the Family and the Family Research Council. The most prominent figures in the Christian Right are Jerry Falwell (deceased), Pat Robertson, James Dobson and Tony Perkins. END_OF_DOCUMENT_TOKEN_TO_BE_REPLACED