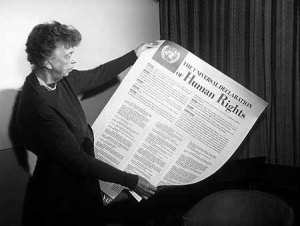 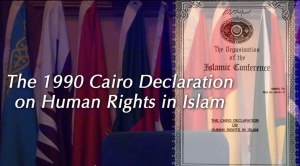 In essays published earlier on this blog the topic of religion in society, particularly the direction the Western world took in gradually establishing a clear separation of religion and state, relegating religion to the sphere of private conscience is discussed. The last remnants of Papal authority in temporal affairs ended with the signing of the Lateran Treaty between the Vatican and the Italian government in 1929. In the present, in the Western world, religious liberty is guaranteed in law and members of religious institutions are free to comment on moral and political issues just as anyone else. In the Islamic world, this distinction between religion and state never emerged, save for the Republic of Turkey which was founded as a secular state in 1923. The Ottoman Caliphate was abolished in 1924. The constitutional, civil and common law legal systems in effect across the Western world are rooted in the theory of natural rights, primarily as espoused by the men of the Enlightenment, such as John Locke and Thomas Paine. By contrast, across the Islamic world, the system of law, sharia, a religiously based moral and legal code applies. The differences in the legal systems and the place of religion in society between the Western world and the Islamic world are quite noticeable in comparing responses to the the Universal Declaration of Human Rights of 1948. END_OF_DOCUMENT_TOKEN_TO_BE_REPLACED 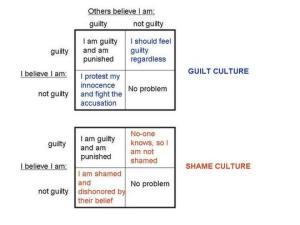 A good friend and hunting buddy of mine, Omer, is an observant Muslim whose family immigrated to Canada from Pakistan. Omer is an educated man as is the rest of his family. He is someone I have known several years and with whom I have enjoyed many in-depth discussions, learning about his faith and the culture in which he grew up before coming to Canada.  He tells me that family honour and shame are taken very seriously by some elements of Pakistani society. The phenomenon of honour killing is a reality for these elements of Pakistani society, particularly in the rural and tribal regions. Family honour is taken so seriously in this culture that if a family member (typically a girl or young woman) brings shame on the family the whole family suffers. They become untouchables; they are deemed unfit to associate with and most certainly are not welcome to marry into other families. The only way family honour can be restored in such a case is in killing the family member who brought the shame onto the family. This understanding of family honour is bound up in religion (Islam) and a culture in which men dominate. He certainly does not approve of this behaviour. He recognizes it as a problem that Pakistani society must address. END_OF_DOCUMENT_TOKEN_TO_BE_REPLACED

In previous essays I discussed the topic of religion and state in the Western world, notably the role of Christianity, Catholic and Protestant, in the development of Western civilization. For centuries the Catholic Church had authority in temporal affairs and collected taxes in much of Europe. Following the Reformation in the 16th century there were instances where Protestant Churches had authority in temporal affairs. Geneva under the rule of John Calvin (1509-1564), the founder of Calvinism, was governed according to the Ecclesiastical Ordinances which were administered by the Consistory. The Enlightenment in the 18th century introduced new thinking in the natural rights of man and the place of religion in society. Enlightenment thinkers valued religious liberty, but also favoured a strict separation between religion and the state. By the end of the 18th century there were the American and French Revolutions which introduced constitutional law and separation of church and state. In the 19th century the last vestiges of church authority in temporal affairs were swept away with capture of Rome and the Papal States in the drive to unify Italy as a nation. Constitutional guarantees of religious liberty and separation of religion and state make religious pluralism an integral part of Western societies in the present, while Christianity remains the dominant faith, people are free to practice any religion they wish or none at all. How does the history and development of the Islamic world then compare to that of the Western world? END_OF_DOCUMENT_TOKEN_TO_BE_REPLACED