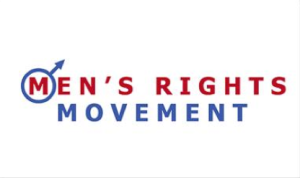 Equality between the sexes, particularly the equality and participation of women is something we value in Canadian society. This is enshrined in Canadian law in the Canadian Charter of Rights and Freedoms in Section 15 Equality Rights, which expressly prohibits discrimination based on sex and allows for the legislation of affirmative action laws designed for the “amelioration of conditions of disadvantaged individuals or groups including those that are disadvantaged because of race, national or ethnic origin, colour, religion, sex, age or mental or physical disability.” (Canadian Charter of Rights and Freedoms). Moreover, since 1971 among the departments of the government of Canada, you will find that of the Status of Women Canada. The mandate of Status of Women Canada is to promote “equality for women and their full participation in the economic, social and democratic life of Canada.” (Status of Women Canada) Yes, the status of women is taken very seriously in Canadian society, but what of the status of men?

The stated aim of CAFE is listed below:

Our goal is to facilitate an inclusive, rational and civilized public conversation about the status of boys and men in Canada. Topics we think should be discussed include mental & physical health, suicide, family law, education, public policy, workplace safety, media & cultural stereotypes, and misandry. We believe this conversation must be based on facts and evidence-based research and not on ideology, e.g. gender profiling that assumes that only women can be victims and only men can be the perpetrators of abuse and discrimination.

CAFE is well-represented by men and women in its leadership and organizational structure. The list of advisory fellows includes Janice Fiamengo who is an author, editor, and Professor of English at the University of Ottawa, Eleanor Levine who is a Field Educator at Factor-Inwentash Faculty of Social Work, University of Toronto, Jackie Orsetto who is a Course Instructor and Research Coordinator, Department of Sociology, Trent University and notably, Warren Farrell, author of Why men are the way they are and The myth of male power. The advisory fellows lend their expertise in helping CAFE fulfill its mandate of consciousness-raising through events, campus outreach, research, press engagement, YouTube and blogging.

Unfortunately, there is vehement and hostile opposition to CAFE and efforts to establish Men’s Issues Awareness groups on university campuses in Canada. Most recently, CAFE had its permit to take part in the parade at WorldPride 2014 in Toronto revoked days before the event, despite having taken part in the event without incident in 2013. When asked about this by reporters, Pride executive director Kevin Beaulieu stated: “There has been some concern expressed about the activities and purpose of CAFE and whether they actually match the intent they express.” When asked to elaborate, Beaulieu replied, “I’m really not going to go into that.” (as cited in the Toronto Star)

Regrettably, for opponents of the movement advocating for the rights of men and boys, equal rights between the sexes is indeed a zero sum game. In March 2013 three Ryerson University students, Anjana Rao, Argir Argirov and Sarah Santhosh, petitioned to open a men’s issues group on campus of which the stated aim of goal was to “create a progressive and constructive voice and lend representation to any and all Ryerson students concerned with the issues of men and boys.” (The Eyeopener) The reaction from the Ryerson Student Union (RSU) was swift and uncompromising. Neda Hamzavi, Equity Issues Commissioner and RSU Board Member, was determined to block the opening of a men’s issues group at Ryerson University when she pushed through the following amendment to the Women’s Issue clause in the RSU Policy Manual:

4. Groups, Meetings or events [that] promote misogynist views towards women and ideologies that promote gender inequity, challenges women’s right to bodily autonomy, or justifies sexual assault  5. The concept of misandry as it ignores structural inequity that exist between men and women 6. Groups, meetings events or initiatives [that] negate the need to centre women’s voices in the struggle for gender equity. (As cited in Maclean’s)

In defending this amendment Hamzavi stated: “We want to acknowledge that the additions that we added here are regarding the ideas of misandry and reverse-sexism, both of which are oppressive concepts that aim to delegitimize the equity work that women’s movements work to do.” Marwa Hamad, vice-president equity at the RSU, said the policy will preserve space for discussing misogyny and institutionalized gender imbalances. (As cited in Maclean’s) The President of the RSU, Rodney Diverlus, concurred with Hamzavi in asserting: “We know that oppression and the marginalization of men is something that doesn’t exist just like the oppression and marginalization of straight people or white folks in our society.” (The Eyeopener)

In spite of the effort to block the opening of a men’s issues group on campus, plans to open a men’s issues group at Ryerson University during the Fall Semester in 2013 got underway with the support of CAFE. On February 6, 2014, CAFE held a talk on the Ryerson University campus, Are Men Obsolete? Feminism, Free Speech and the Censorship of Mens Issues, delivered by Karen Straughan, a member of Men’s Rights Edmonton and publisher of her YouTube channel as GirlWritesWhat. Initially, Ryerson University demanded that CAFE pay $1600.00 in security fees, but in the end the university absorbed the fees as it was decided they were a barrier to free expression.

Concern with the rights and well-being of men and boys is not unreasonable as the guarantees in Canadian law for equality between the sexes apply to men and boys, just as they do for women and girls. In addition, even if you disagree with those who advocate for the rights of men and boys, the fact remains they have just as much right to present their evidence and express their thoughts as you do to challenge and refute them. CAFE and like minded groups, which advocate for the rights of men and boys, carrying on the effort based on facts and evidence-based research and not on ideology are well worth hearing and I wish them every success in their endeavours.