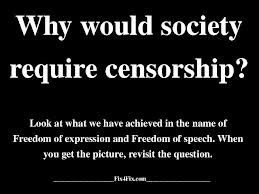 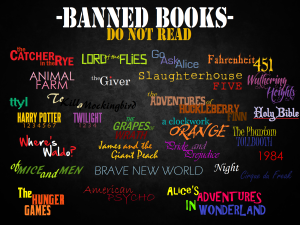 The 2014 Rose Bowl Parade included a float “Love Is the Best Protection,” sponsored by the AIDS Healthcare Foundation. The reasoning behind the inclusion of the float, according to Ged Kenslea, Foundation President, is, “by showing the dream of lesbians and gay men fulfilled, the float is perfect with this year’s Rose Parade theme of ‘Dreams Come True.’” (as cited in Breitbart) The decision to include the float drew a mixed response. One impassioned response comes from a woman who was deeply offended. Angela Wingenroth offered the following comment:

“We don’t care what the states say about it — God is clear that this isn’t right and I will NOT have this SHOVED DOWN MY CHILDREN’S THROATS!! The intolerance is theirs. They will not accept peoples’ objections to their lifestyle — you HAVE to accept that it’s not just ok, but GOOD or you’re a bigot! If they want to get ‘married,’ that’s their choice, but my kids don’t need to see it.” (as cited in American Power)

I expect this is what she was told to think by her pastor and various anti-gay commentators about the fact that gay people are being granted full civil rights in US society. Still, I wonder who, if anyone, called this woman a bigot for feeling this way.

That she expresses concern for her children impresses me and stops me from dismissing her assertion summarily. She is well within her rights to monitor what her children view and read at home. It is likely she uses the services of her public library and is well within her rights to ask the librarians for readers advisory. When I worked in public libraries I was called upon by library patrons for this service. Among those who approached me were families who asked me if I could find books for their children to read that avoided certain topics, like the occult and the supernatural for instance. This ruled out the popular Goosebumps series by R.L. Stine. Drawing on memories of my childhood I would recommend stories like the Three Investigators series by Robert Arthur. For children learning to read, Dr. Seuss is a safe bet. The first book I brought home from grade one to read for my mother was Hop on Pop by Dr. Seuss. Parents decide what is fit for their children to view and read based on their beliefs and values, tastes in literature and what they think is in their children’s best interest. There is nothing unusual in this; it is not censorship.

What concerns me, as a librarian, is when people demand that books be removed from library collections. This is called challenging. The American Library Association defines this as as follows:

a challenge is an attempt to remove or restrict materials, based upon the objections of a person or group. Challenges do not simply involve a person expressing a point of view; rather, they are an attempt to remove material from the curriculum or library, thereby restricting the access of others. (Banned and Challenged Books)

This has long been an issue for authors, publishers and librarians across the world going back many centuries. This is censorship.

The issue of gay rights in US society and the publication of books with gay themes is contentious, to say the least. The American Library Association (ALA) reported in 2005 that concern about homosexual themes in books led to challenges of three books with homosexual themes: a picture book titled King & King by Linda de Haan and Stern Nijland; a young adult novel titled The Perks of Being a Wallflower by Stephen Chbosky; and I Know Why the Caged Bird Sings, an autobiographical volume by poet Maya Angelou. The concerned parents and interest groups who brought forth the challenges to these books shared Angela Wingenroth views in that they asserted they would not have this “SHOVED DOWN MY CHILDREN’S THROATS!!” One interest group called People Against Bad Books had this to say of the ALA and its defense of the challenged books:

The ALA is an organization that pushes smutty books into K-12 schools, effectively using taxpayer money to do so… The ALA is focused on promoting their agenda, in which anything goes at any age. (Pittsburgh Post-Gazette)

There have been efforts in the political arena to placate those who oppose the inclusion of books with homosexual themes in library collections. A Republican Congressman from North Carolina, Walter Jones introduced legislation in 2005 that would require local schools to create “parent councils” to oversee books and other educational materials purchased by school districts for use in classrooms, or that would be available in school libraries. He introduced the legislation after hearing complaint from some of his constituents about King & King . He defended his proposed bill, arguing “this legislation will be one avenue to help parents to take back their right to determine the appropriateness of the content their children are exposed to.” (Pittsburgh Post-Gazette)

Then president of the ALA Michael Gorman, was in agreement with Congressman Jones in that “the ALA believes that parents are responsible for what their own children read.” (Pittsburgh Post-Gazette) However, he took a firm stand against the censorship of books with homosexual themes maintaining, it all comes down to the imposition of your views on other people […] to be honest, it seems to me to be downright un-American.” South Carolina school librarian Pat Scales stated the obvious in her defense of the challenged books observing:

there are people who want their kids to read books about gays and lesbians. Therefore, we have an obligation to have those books. We select those books the same way we select all others — based on their literary merit.” (Pittsburgh Post-Gazette)

Discussion of gay rights and opposition, particularly religious opposition, in the marketplace of ideas is a reality with both sides routinely accusing the other of intolerance. One of Angela Wingenroth’s complaints was “They will not accept peoples’ objections to their lifestyle — you HAVE to accept that it’s not just ok, but GOOD or you’re a bigot!” In actual fact, however, the law allows, in US society, much private religious activity in the public realm, especially in state schools. The following quote from the Joint Statement of Current Law on Religion in the Public Schools, published by the ACLU in 1995, spells this out clearly:

a. Religious or anti-religious remarks made in the ordinary course of classroom discussion or student presentations are permissible and constitute a protected right. If in a sex education class a student remarks that abortion should be illegal because God has prohibited it, a teacher should not silence the remark, ridicule it, rule it out of bounds or endorse it, any more than a teacher may silence a student’s religiously-based comment in favor of choice. (Joint Statement of Current Law on Religion in the Public Schools)

Presumably in the same sex education class a discussion of homosexuality would prompt similar remarks, both religious objection and religious support for gay rights and as the document spells out this constitutes a protected right. On that basis, one can conclude that the 1st Amendment rights to freedom of conscience and freedom of expression in US society continue to apply to everyone regardless of their stand on the issue of gay rights.

3 thoughts on ““If all printers were determined not to print anything till they were sure it would offend nobody, there would be very little printed.” ― Benjamin Franklin”