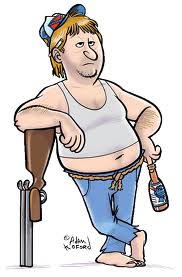 Prejudice is defined as “an unfair and unreasonable opinion or feeling, especially when formed without enough thought or knowledge.” (Cambridge Dictionary) I experience prejudice as both a gay man and gun owner. You may be familiar with the crude caricature of a gay man: that of a limp-wristed, effeminate man who speaks with a lisp and has an incessant compulsion for sex. You may also be acquainted with the cartoonish stereotype of gun owners as lower class white men who are uncouth and certain to tell you the only way you will take his gun from him is “from my cold, dead hands.” Certainly, these are the extreme ends of these particular prejudices. There are occasions in my life when people directed anti-gay slurs at me and to a lesser extent snide remarks about my supposed lack of virility and questionable mental health for being a gun owner. Still, the prejudice I face as a gay man and gun owner that really concerns me is far more indistinct than loutish people who call me “queer” or “gun nut” because they just do not know any better.

Historically, the law of the land legitimized the prejudice directed at me as a gay man: notably the Criminal Code of Canada provisions that criminalized homosexual sex. From 1867 until 1969, the penalty for engaging in homosexual sex was up to fourteen years in prison. This ended following the passage of Criminal Law Amendment Act, 1968-69 (S.C. 1968-69, c. 38), with the repeal of Criminal Code interdictions on homosexual. As the Minister of Justice, Pierre Elliott Trudeau, observed in shepherding the Criminal Law Amendment Act, 1968-69 through parliament, “obviously, the state’s responsibility should be to legislate rules for a well-ordered society. It has no right or duty to creep into the bedrooms of the nation.” (CBC Archives)

The decriminalization of homosexual sex by parliament in 1969 was a welcome development for gay rights advocates. Unfortunately, it did little, initially, to lessen public prejudice in general (from religious and socially conservative elements of society in particular), against gay men. I was eight years old in 1969 and had yet to experience sex drive and sexual attraction. As I entered adolescence in the mid-1970s and experienced same-sex attraction I was deeply troubled as many gay teens are even in the present. It was no longer a crime to be gay, but the feeling I had and lived with until much later in life, because of lingering prejudice against gay men, was that there is somehow an onus on me to prove to society that I am not a pervert. I found it easier just to stay in the closet, save for a few of my closest friends and acquaintances, and interact with others at work and in wider society as a closeted gay man.

By the time I was in my mid-twenties the law amendments to the law made it unlawful to discriminate based on sexual orientation in employment and in housing. In spite of this, I thought it prudent to keep my sexual orientation to myself when I entered the labour force. One of my first jobs following my graduation from library school in 1993 was children’s librarian under contract at the Smiths Falls Public Library late in 1995 until early in 1996. I carried out my duties, providing a range of activities and services to children and young adults and their families, some of whom homeschooled their children. The families who home schooled their children generally did so on religious grounds. I got along fine with these library patrons and helped them select books for their children that conformed to their religious beliefs and conservative political culture. Honestly, I do not know whether they would have objected that I was hired as children’s librarian had they learned at that time that I am gay, but decided it was better that I conceal the truth from them and my supervisor, co-workers at the library and other library patrons and remain closeted. I just did not trust the situation.

It was in 2012 that I made the decision to come out finally. By then I had a permanent full-time position in the MacOdrum Library at Carleton University and established a household with Mika. Moreover, I quickly found that my friends, hunting buddies, co-workers and social media contacts were fine with the news. It bothered me that I felt I needed to conceal the truth from some of my closest friends and acquaintances, some of whom I knew many years before coming out. I felt such relief when I realized I can live openly as a gay man and for most people it is a non-issue. I publish a hunting blog Geoffrey’s Hunting Diary and a YouTube channel The Gay Huntsman. Fellow hunters view my hunting blog and YouTube channel and those interested in getting into the sport. I am welcomed into hunting circles and free to join in discussions. Hunting enthusiasts treat me as anyone else who takes part and this is just as it should be. I can relax. The feeling that I must somehow prove to society that I am not a pervert because I am gay no longer encumbers me.

I noted earlier in the article how passage of the Criminal Law Amendment Act, 1968-69 by parliament in 1969 was a welcome development in the fight for gay rights in Canada. However, this piece of legislation also unleashed the process which firearms redrafted laws in the Criminal Code of Canada, culminating in the passage of the Canadian Firearms Act in 1995. The Criminal Law Amendment Act, 1968-69 instituted the familiar firearms classification system (non-restricted, restricted and prohibited) in place. In the current year, the Liberal government led by Justin Trudeau introduced Bill C-71 in the latest effort by the federal government to tinker with firearms law in the Criminal Code of Canada. A key provision of Bill C-71 is the following:

(a) remove the reference to the five-year period, set out in subsection 5(2) of that Act, that applies to the mandatory consideration of certain eligibility criteria for holding a licence;

What this means is gun owners and prospective gun owners will be subject extensive and intrusive background checks going back more than five years.

The irony is not lost on me that the same piece of legislation (Criminal Law Amendment Act, 1968-69) that opened the way to the destigmatization of male homosexuality also set in motion the legislative process by which Canadian gun owners are now the butt of considerable public prejudice. Neither is the fact that our current Prime Minister, Justin Trudeau, is the same man who offered a lachrymose apology over the persecution of gay people by the federal government in the past. Scarcely had brushed away the tears following his public apology before he proudly proclaimed his government’s intention to harass Canadian gun owners with the passage of Bill C-71, in effect boosting public prejudice against gun owners in granting it the sanction of the law of the land. The difference of course is I do not choose to be gay, despite what some people insist, whereas, I choose to be a gun owner. I cannot stop being gay, but I can stop being a gun owner.

I live openly as a gay man, but as a gun owner, I feel pressured to go back into the closet so to speak. The current legislative framework concerning gun ownership in Canada, Bill C-71 in particular, supports the narrative that there is something disreputable about being a gun owner. It is as though the onus is on me to prove to society on a continual basis that I am neither a criminal nor a lunatic for making the lawful choice to own and use guns for hunting and sport shooting. This reality came home to me in October of last year at work when I received notice from another Carleton University employee that he received a complaint from a woman who came across the photo of me below on my Facebook page. At the time, this was my profile portrait. When she saw that I work in the university library she panicked. In her complaint, she said she has a niece who is a student at Carleton University and asked if the university knew one of their employees has a photo of himself holding a gun online. That and she demanded they do something about it!

Posing with my Ruger American bolt action rifle left-hand in .22-250.

Lucky for me the man who took the woman’s complaint is himself a gun owner. He calmly told her that what Carleton University employees do on their own time is their business. Moreover, he reminded her that gun ownership remains lawful in Canada. He told me she was not satisfied with his response.

I was shocked when he messaged me and told me about this. Upon receiving his message, I went immediately to speak to the Manager who handles Human Resources in the MacOdrum Library and told him about the complaint. He asked me for the details and said he would investigate. He noted that the complaint came in the aftermath of the mass shooting in Las Vegas and that emotions were running high at the time. He completed his investigation, discussed the incident with Human Resources, and contacted me a couple of days later with the news that he considered the matter settled and I need not worry. He added that though he is not a gun owner himself he enjoyed visiting a shooting range while on holiday in Las Vegas. I am satisfied with the outcome, but remain mindful of the fact that there are people who think gun ownership somehow makes me unfit to work in a university library, much in the same way that there may be people who think being gay makes me unfit to work as a children’s librarian.

The mass shooting at Marjory Stoneman Douglas High School in Parkland Florida, on February 14, 2018, set in motion a fresh wave of hysteria over guns and gun ownership across the United States and Canada even though Canadian legislation is completely different and more stringent than American legislation. Mindful of the complaint brought against me last year following the mass shooting in Las Vegas, I thought it prudent to change my profile portrait on Facebook, making myself a little less visible as gun owner. However, in spite of public prejudice against gun owners, I will continue publishing articles defending gun ownership and gun owner’s rights. In addition, you can look for new entries on my hunting blog and YouTube channel also. There will be more written accounts of my hunting adventures and videos of my dog Hera and me in the field during woodcock season. I have no intention of giving up gun ownership and hunting. I will stand up for myself as a gay man, gun owner and hunter for as long as I live.

2 thoughts on “Prejudice is a burden that confuses the past, threatens the future and renders the present inaccessible. — Maya Angelou”