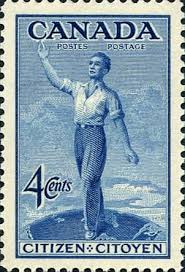 “I am Canadian, a free Canadian, free to speak without fear, free to worship God in my own way, free to stand for what I think right, free to oppose what I believe wrong, free to choose those who govern my country. This heritage of freedom I pledge to uphold for myself and all mankind.” (John Diefenbaker, House of Commons Debates, 1 July 1960)

One Canada, one Canada, where Canadians will have preserved to them the control of their own economic and political destiny. Sir John A. Macdonald gave his life to this party [Conservative]. He opened the West. He saw Canada from east to west. I see a new Canada – a Canada of the North! (John Diefenbaker, Winnipeg Manitoba, 12 February 1958)

Diefenbaker lived during the first century of Canada’s existence. He witnessed the development by which Canada gained independence from Britain. Until 1931, with the passage of the Statute of Westminster, the British government managed Canada’s international affairs. Diefenbaker saw Canada fight in two world wars and Canadians suffer through the Great Depression. He proudly saw the passage of the Canadian Citizenship Act in 1947. Canadians have much to be proud of in their history.

While Diefenbaker saw all that is good in Canada and being Canadian, he did not overlook the problematic moments in Canadian history. Canadian society was not without issues of unjust discrimination and prejudice. Diefenbaker observed:

From my earliest days, I knew the meaning of discrimination. Many Canadians were virtually second-hand citizens because of their names and racial origin. Indeed, it seemed until the end of World War II that the only first-class Canadians were either of English or French descent. As a youth, l determined to devote myself to assuring that all Canadians, whatever their racial origin, were equal and declared myself to be a sworn enemy of discrimination. (John Diefenbaker, Nowlan Lecture, 6)

Diefenbaker knew of the head tax charged on Chinese immigrants. The head tax, enacted in 1885, remained in effect until 1923. Chinese immigrants to Canada were charged (at its worst) $500 for admission to Canada as landed immigrants. From 1923 to 1947 Chinese immigration to Canada was banned. He knew of the internment of Japanese-Canadians in World War II. He was well aware of the Catholic-Protestant divide in Christendom that existed well into the 20th-century in Canada. I remember my mother telling me that my father had to convert to Roman Catholicism to marry her in 1960. My father’s family is Anglican. It is hard to believe such tribal divisions existed in Canada historically, but it is the reality.

1 It is hereby recognized and declared that in Canada there have existed and shall continue to exist without discrimination by reason of race, national origin, colour, religion or sex, the following human rights and fundamental freedoms, namely,

The Canadian Bill of Rights was superseded by the passage of the Constitution Act in 1982 with the entrenched Canadian Charter of Rights and Freedoms.

To his credit, John Diefenbaker laid the groundwork for our national identity as Canadians. Despite what so many people think currently, nationalism is not a dirty word. As I grew up the values of liberalism and pluralism–the proposition on which Canadian identity is built–that John Diefenbaker advocated were instilled in me. I remember the Centennial celebrations in 1967 fondly; the swell of national pride Canadians felt in celebrating Canada’s first 100 years as a nation. I am proudly Canadian. I am not ashamed of my European heritage–my ancestry goes back to the British Isles. In keeping with Diefenbaker’s vision, I view the people with whom I interact as individuals and judge them according to the content of their character. I reject the notion that expressing Canadian nationalism is racist, that it is a declaration of white supremacy. No, Canada is not a “post-national state.” Canadians are well within their rights to stand up for their national interest, and Canadian law guarantees them their right to speak up and do so.

I hope Canadians will not lose sight of the fact that Canada is a great place to live and Canadian citizenship is worth fighting for. Yes, John Diefenbaker got it right when he advanced the cause of Canadian nationalism and Canadians would do well to remember as they face the challenges of life in the 21st-century.

2 thoughts on “I am a Canadian. — John Diefenbaker”