“Keep passing the open windows” is the phrase that comes from the John Irving novel The Hotel New Hampshire, published in 1981. It is a catchphrase among the Berry family, the characters whose story is told in the book. It is drawn from a story that the Berry parents tell their children about a street performer called “The King of Mice.” He committed suicide in jumping from a window. “Keep passing the open windows” is the family’s way of saying to each other to carry on when the going gets tough. I read the novel in 1983 and saw the feature film version released in 1984. This catchphrase and the sentiment behind it has remained with me over the years, and I have applied it in my own life in “passing the open windows.” However, I understand that while it is easy to tell someone troubled, having a hard time coping with life, joys, and sorrows, to “keep passing the open windows”, promising them things will get better, sadly, not all stories have a happy ending. END_OF_DOCUMENT_TOKEN_TO_BE_REPLACED

Recruitment is defined among other things as “the action of finding new people to join an organization or support a cause.” (Oxford Dictionaries) It is so common to come across the claim that gays recruit others into being gay, that you choose to be gay, that someone lured your into this “lifestyle.” Speaking on behalf of myself, I can say that no one recruited me into being gay. Same-sex attraction manifests itself naturally in me. It is who I am. During my formative years in the latter half of the 1970s, the only impression I had of homosexuality was not good. Aside from a steady stream of disparaging, anti-gay jokes, remarks and slurs commonly in use at the time), there were a series of news reports about police raids on bathhouses in Toronto, culminating in Operation Soap in 1981. The impression of the “gay lifestyle” presented to me came up short if it was intended to win me as a recruit.  I have written about my experience in how I came to accept that I am gay in previous posts, see Tap, Tap, Tap…, for example. It was a long and challenging process that dragged on over several years. I tried desperately to ignore, suppress, will even pray away the feelings of same-sex attraction. For a long time, I really wanted the gayness to go away. END_OF_DOCUMENT_TOKEN_TO_BE_REPLACED

Tap, tap, tap is the gesture Shane Bitney Crone and Thomas Lee Bridegroom, a young gay couple, devised to show affection in public without revealing they were gay. As the day draws nearer to the premiere screening of Bridegroom: A Love Story, Unequaled, at the Tribeca Film Festival, April 23, 2013, more details, including this one, of their life together are coming to light. The more I learn about them, the more I recognize the similarities in my own life. The struggle for acceptance they experienced is all too familiar. Shane disclosed in an interview that both he and Tom “tried to pray the gay away. We tried to ignore our feelings and our natural attractions, to fight biology and live by society’s “norms.” But it just isn’t possible.”(Huffpost) When I read these words, it struck a chord. I was astonished. This is exactly how I felt during my adolescence in the latter half of the 1970s when gay liberation was just getting underway. It was a very lonely time for me, as there were no gay youth groups and homosexuality was still largely condemned as unnatural, immoral, disgusting, etc. In spite of the negative attitudes against homosexuality prevalent at the time, feelings of same sex attraction were manifesting themselves in me and I was horrified. I tried to ignore them. At the time people said it was a phase, a symptom of adolescence, of raging hormones and the like and not to worry: it would pass.
END_OF_DOCUMENT_TOKEN_TO_BE_REPLACED 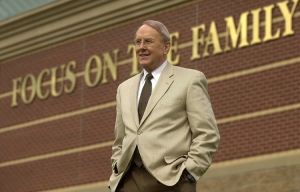 The term “homosexual agenda,” is a trope commonly used by social conservatives, particularly those from religious constituencies in referring to efforts by gay people who want tolerance, if not acceptance for who they are, their relationships and families. The term was invented by the Family Research Council in 1992, an Evangelical Protestant group and lobbying organization established in the United States in 1981 by James Dobson. Interestingly, Dobson is a licensed psychologist in the state of California. He has academic credentials, a doctorate in child development from the University of Southern California and held the position of Associate Clinical Professor of Pediatrics at the University of Southern California School of Medicine 14 years. In addition, he served for 17 years on the staff of the Children’s Hospital of Los Angeles in the Division of Child Development and Medical Genetics. Dobson is intelligent, but remains a minor figure in academic circles. He is better known for his business acumen and influence as a conservative lobbyist. END_OF_DOCUMENT_TOKEN_TO_BE_REPLACED

Knox, a nondescript town located in the northwest corner of the state in Starke County, Indiana with a population of 3704 souls became the focal point in hard lesson of life for me. Knox is well represented with churches, primarily Protestant denominations including Pentecostal, Baptist and various semi-independent Evangelical sects. While Knox is well outside the Bible Belt, the religious culture is very much like that you will find there. This is particularly so with regard to attitudes toward homosexuality. Generally speaking, it is a religious culture in which homosexuality is neither accepted nor tolerated. You may be wondering how it is that I came to know about and am so interested in Knox, Indiana and its religious culture. The reason, in short, is that Knox is the birthplace of Thomas Lee Bridegroom, a young gay man whose life and untimely death I learned of in a youtube video published by his grieving partner Shane Bitney Crone. It could happen to you is the video Shane published in memory of his partner Thomas Lee Bridegroom. END_OF_DOCUMENT_TOKEN_TO_BE_REPLACED